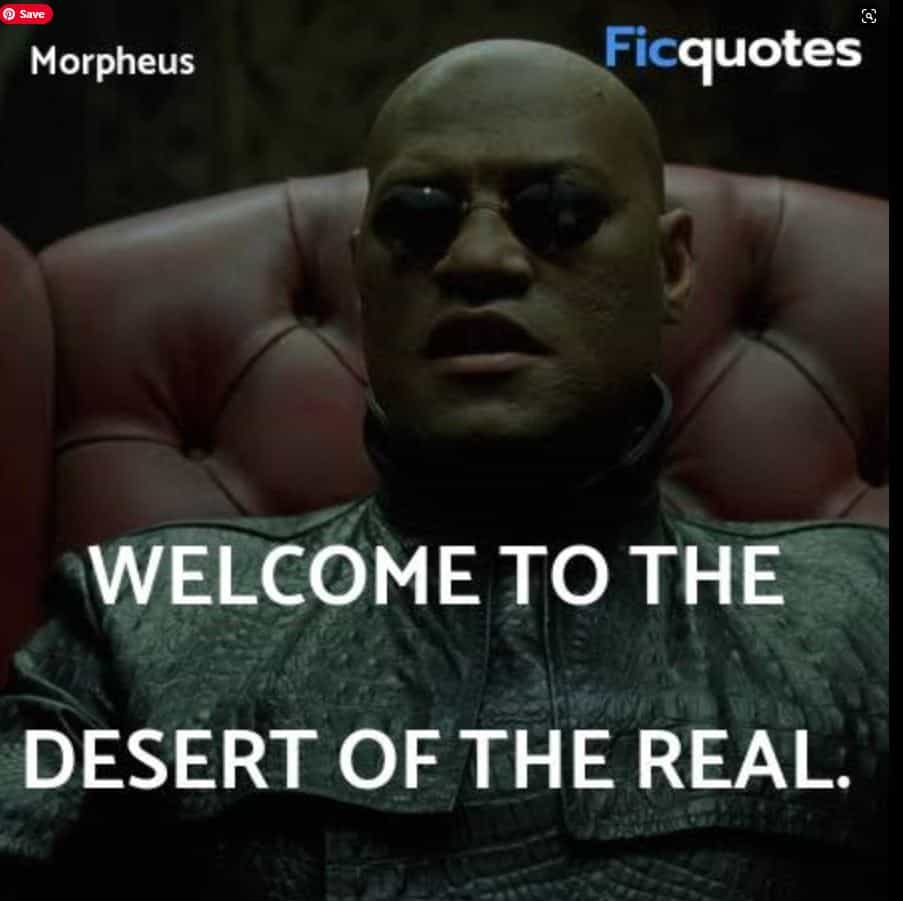 I don’t normally ask people to share my BLOGS, but the information in this post I feel is so important that EVERY American needs to begin to prepare their minds for the SHOCK that’s coming. The reason we need to share this type of information is that BIG TECH BITCHES are making sure they censor and suspend accounts that share this type of information. They don’t want you to WAKE UP. You can also follow me on TWATTER @laconic93.. When you share the link I suggest making a non URL, so they cant shadow ban it. Example…..  ht___tps://redemperorcbd[DOT]com/agent-freak-nasty-weekly-intelligence-report-11-28-2020/ use different characters and variations because they can ban that non link also. Here would be a different example h*t*t*ps://redemperorcbd___DOT___com/agent-freak-nasty-weekly-intelligence-report-11-28-2020/

This Thread is Dedicated to Google [Mark Lindbitch The Grand Wizard] The DUMBEST prosecutor in US History.

And Dedicated to Attorney Aaron Pelley aka [Seattles Best Snitch]

Sidney Powell has obtained the sworn statement of Dr. Navid Keshavarz-Nia, whose background included working for the CIA, NSA, and DOD as a cyberwarfare expert.

The USIC has developed the Hammer and Scorecard tools, which were released by Wiki Leaks and
independently confirmed by Lt. Gen Thomas McInerney (USAF, retired), Kirk Wiebe, former NSA official
and Dennis Montgomery, former CIA analyst). The Hammer and Scorecard capabilities are tradecrafts
used by US intelligence analysts to conduct MITM attacks on foreign voting systems, including the

As such, these tools are used by nefarious operators to
influence voting systems by covertly accessing DVS and altering the results in real-time and without
leaving an electronic fingerprint. The DVS Democracy Suite Election Management System (EMS) consists
of a set of applications that perform pre-voting and post-voting activities.

Now Pay CLOSE attention to Smartmatic, because it connects you directly to BILL GATES… Watch Video

Now what you DIDNT KNOW is that Bill Gates is Half Owners of the Top Floors of the Mandala Bay this will become relevant later after you read my report on What really happened in Las Vegas. Bill Gates and Microsoft built the software for Smartmatic. The other half owner of the Top Floors of the Mandalay Bay is the DOPEY Saudi Prince who JUST so happened to get arrested and tortured by Black Water Operators 1 month after the Vegas Shooting. Coincidence???? 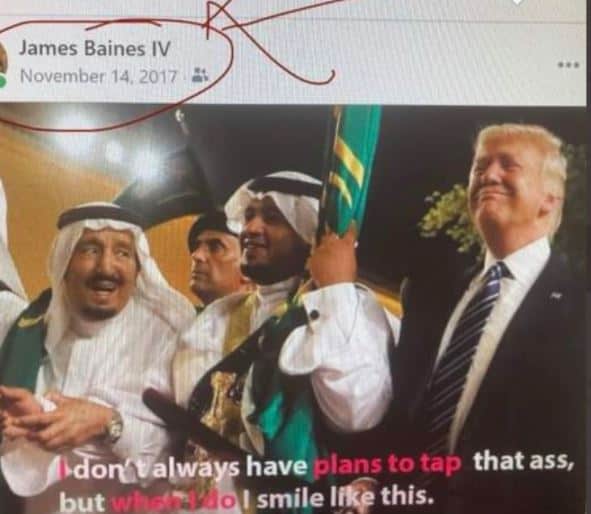 EXCLUSIVE: ‘American mercenaries are torturing’ Saudi elite rounded up by new crown prince – and billionaire Prince Alwaleed was hung upside down ‘just to send a message’ 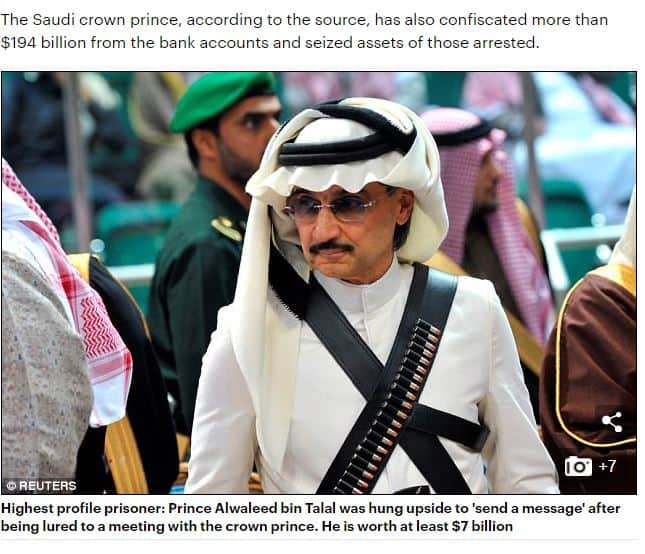 I believe that USB
memory cards were used to facilitate administrative access to the backdoor to disrupt polling operations
and impact ballot-counting across MI, GA, PA, AZ, and WI. All BATTLEGROUND STATES, whaaaad a Coincidence!!!!

The vote count distribution in PA, WI, MI, AZ, NV, and GA are not based on normal system
operation. Instead, they are caused by fraudulent electronic manipulation of the targeted voting
machines.
b. On approximately 2:30 AM EST, TV broadcasts reported that PA, WI, AZ, NV, and GA have
decided to cease vote-counting operations and will continue the following day. The unanimous
decision to intentionally stop counting by all 5 battleground states is highly unusual, possibly
unprecedented, and demonstrates prior coordination by election officials in battleground state.

For example in PA, President Trump’s lead
of more than 700,000 count advantage was reduced to less than 300,000 in a few short hours,
which does not occur in the real world without an external influence. I conclude that manually
feeding more than 400,000 mostly absentee ballots cannot be accomplished in a short time
frame (i.e., 2-3 hours) without illegal vote count alteration. In another case for Edison County,
MI, Vice President Biden received more than 100% of the votes at 5:59 PM EST on November 4,
2020 and again he received 99.61% of the votes at 2:23 PM EST on November 5, 2020. These
distributions are cause for concern and indicate fraud 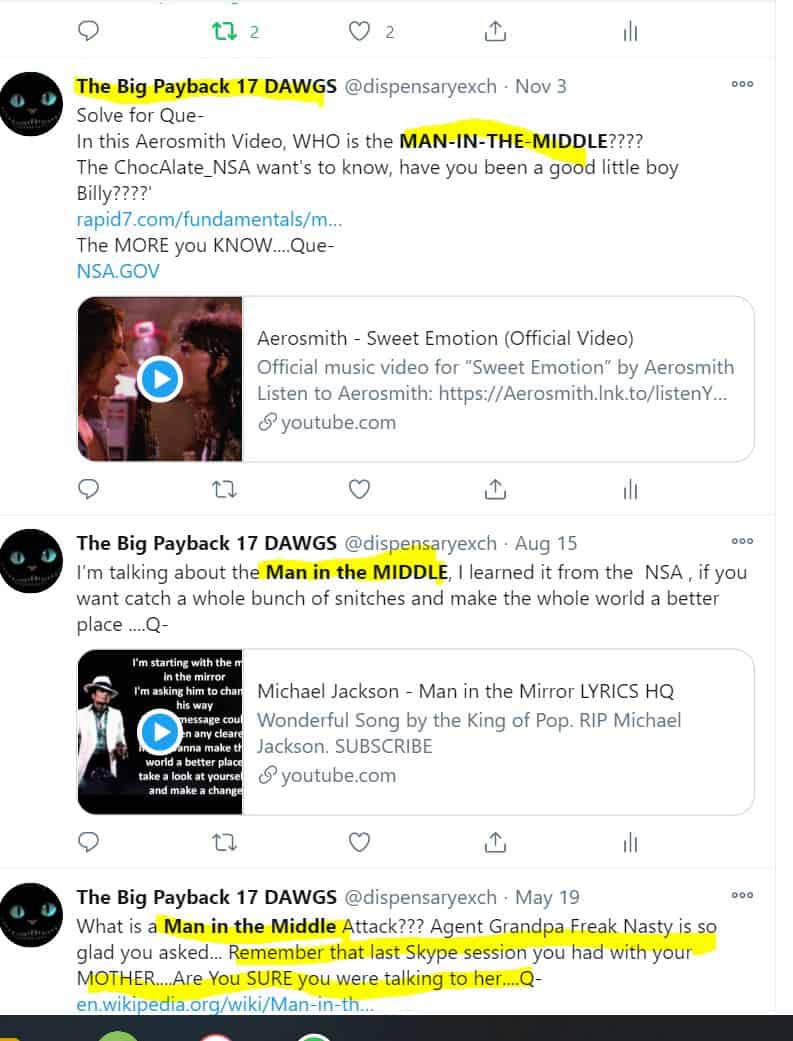 In conclusion, it is OBVIOUS that BIDEN CHEATED to win the election, what’s more, important is that Trump and the White hats KNEW they were going to cheat and set up a massive sting. In other words, all those DEEP STATE BITCHES are about ready to get a FIRST CLASS TICKET to GITMO HEAVEN to MEET BIG BOB….Que-

Does anybody want to know why Trump is getting rid of all the SNITCHES in the DOD???? 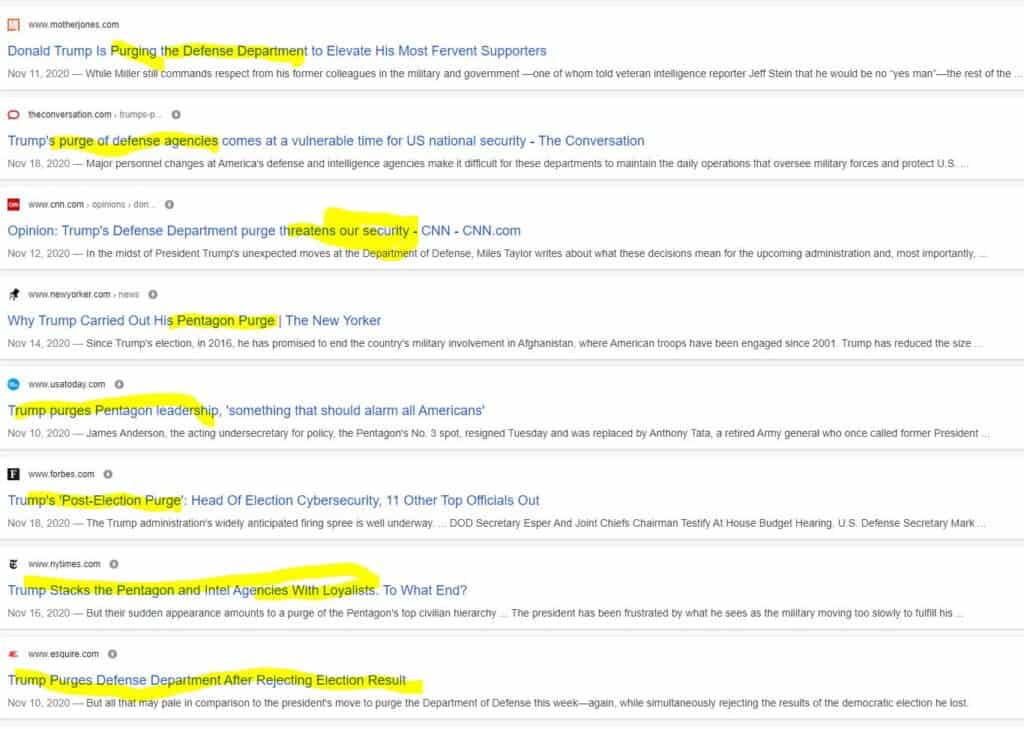 Want to Know the REAL REASON Trump is Purging the DOD??? Because it’s full of CIA BITCHES that’s why…Que- 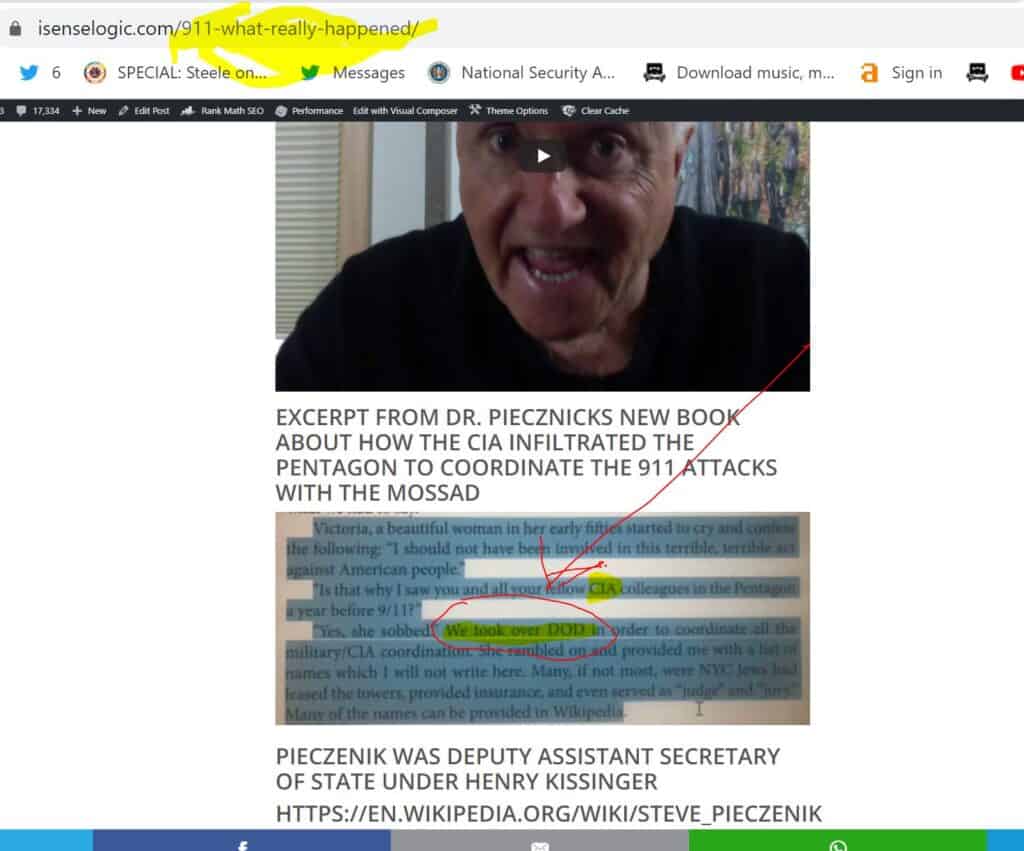 Obama Clinton, Biden, Harris The Bushes are ALL CIA Agents

We already saw the Video of Judge Joe Brown Explaining that Obama was inserted into the Presidency by the Bush Crime Family, if you missed it it’s here. What a lot of people don’t realize is CLINTON was a CIA Bitch who did such a good job of running coke through Arkansas they made him president of the United States. And if Obama is CIA controlled so was his VICE PRESIDENT BIDEN, Logical thinking….Que- 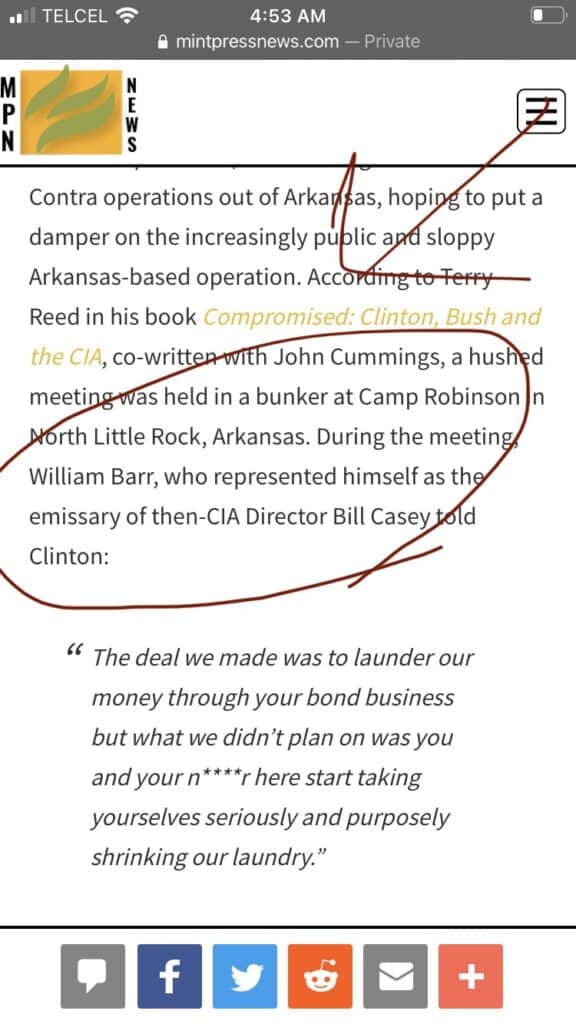 So DO THE MATH, If our presidents since Kennedy and Beyond were CIA ASS HOLES EVERY Supreme Court, Federal Judge, Ambassordos and three-letter agency directors had to have the SEAL OF APPROVAL by the Clowns in America. Yes, we have been FUCKED for a LOOOONG TIME…. You can read the full Mint-Press News Report Here. One more thing to put into your memory banks is that our current Attorney General William Barr was the CIA Lawyer who told Clinton he would be President….Que-

Raise Your Hand If Your Ridin With Biden 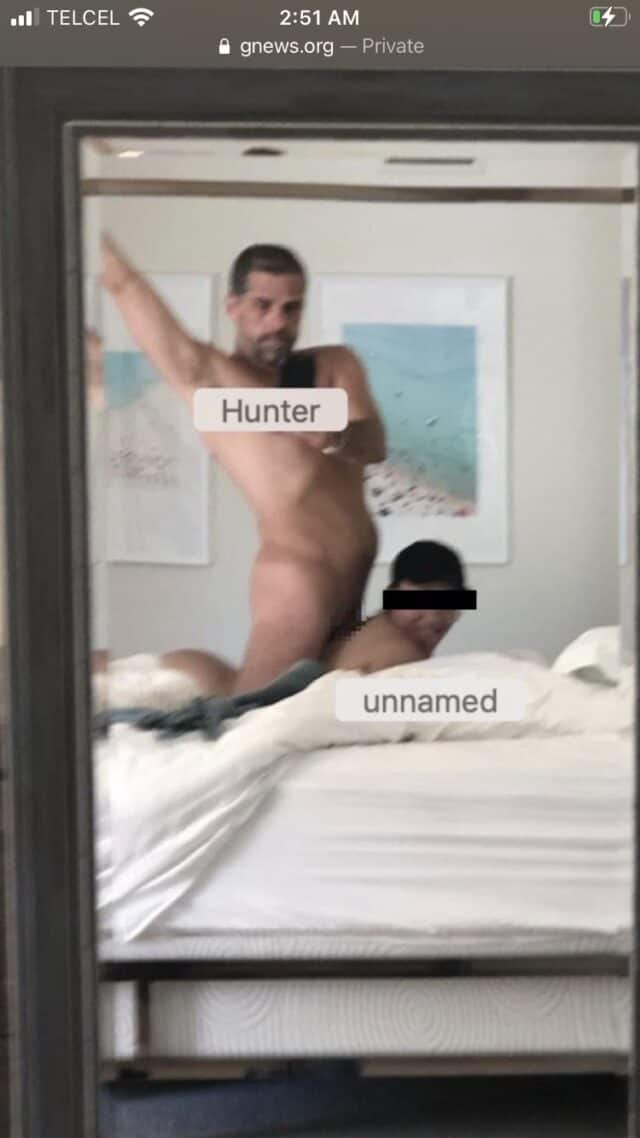 Once you are declared an Enemy Combatment it means you conspired with foreign parties to attack the United States and you be treated JUST LIKE A TERRORIST, with No right to attornies, no protection from being tortured, no protection from being detained indefinitely. In other words, you’re FUCKED. This is particularly important for LAW FIRMS because most of the deep state bitches secrets are protected by lawyer-client confidentiality agreements. It’s the same reason all the DIRTY secrets are done in the presence of a lawyer because the NSA and FBI cant LEGALLY wiretap the office. Now that all these bitches got caught COLLECTIVELY trying to rig the elections they are TOAST. Now the NSA can go back probably 20 years and dig up every chat, email, Keylogg, and phone voice recording of ALL OF THEM. That means that the DNC or should I say law firm of the CIA Perkins COIE going to take a DIRT NAP… Here is the most DEVASTING PART. The NSA can use the HOPS system to not only legally collect the DEEP STATE bitches information, but those of ALL THERE FRIENDS and CONTACTS, AND all of THERE FRIENDS and contacts and up to 3 HOPS. If you don’t fully understand the NSA BUNNY HOP GAME I recommend you read this article. 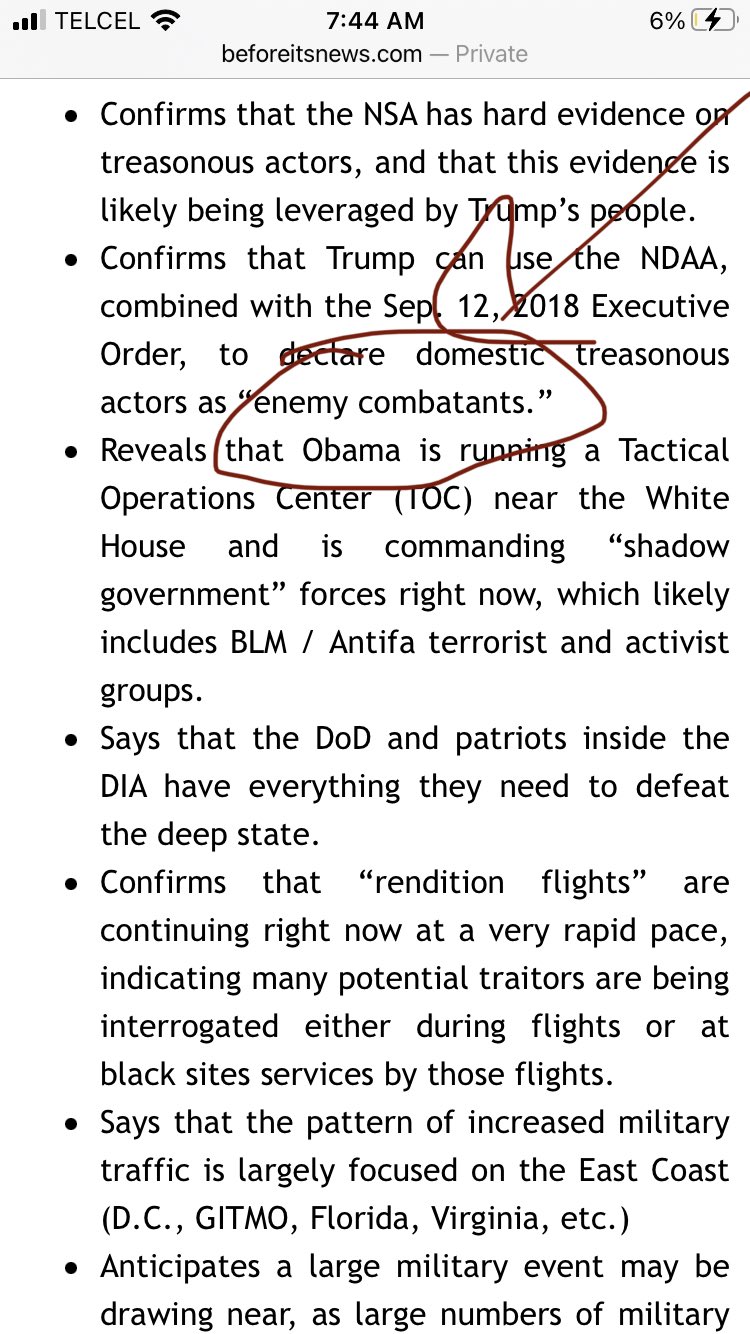 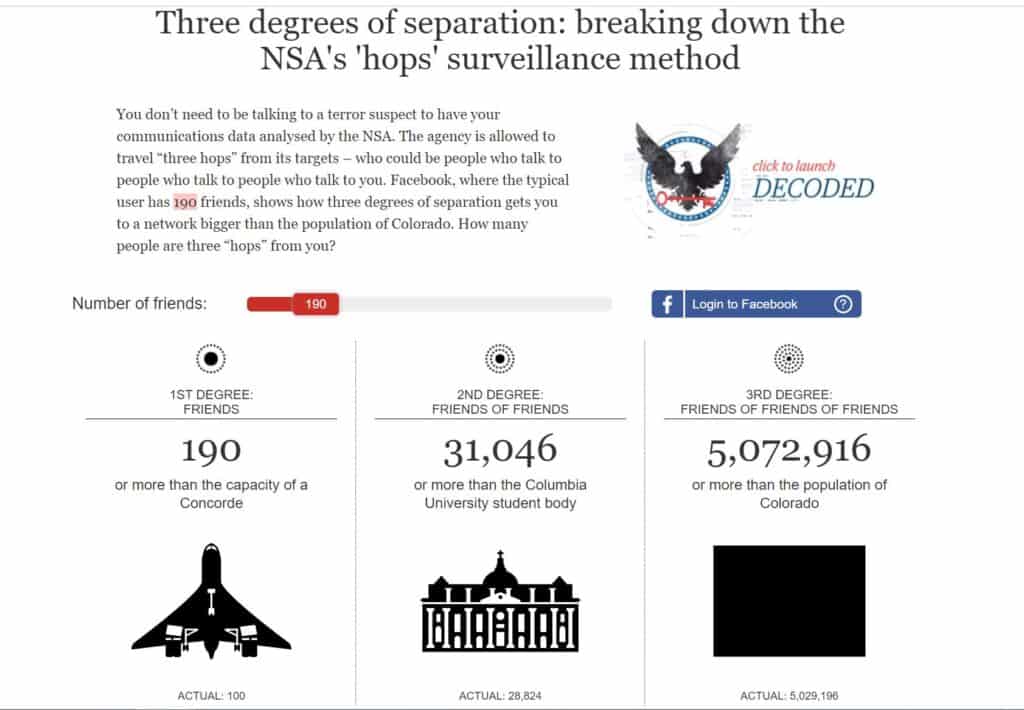 If you have been following me for a while you will remember this graphic where I was able to connect my POS attorney Aaron Pelley to three bunny hops to the Law Firm of Perkins Coie. It was all PART OF THE SEO TRAP I set for Washington State Deep State Bitches in my SEO ATTACK of 2014. Also, Q referred to the HOPS surveillance method in this drop. A lot of these IDIOTS switched to BURNER PHONES when they found out about Edward Snowden and the NSA was recording, little did there dumb asses know that BURNER PHONES are the FIRST THING the Chocalate_NSA monitors, You ever heard of a thing called VOICE PRINT???? Bahahahahah… These people are STUPID!!!! 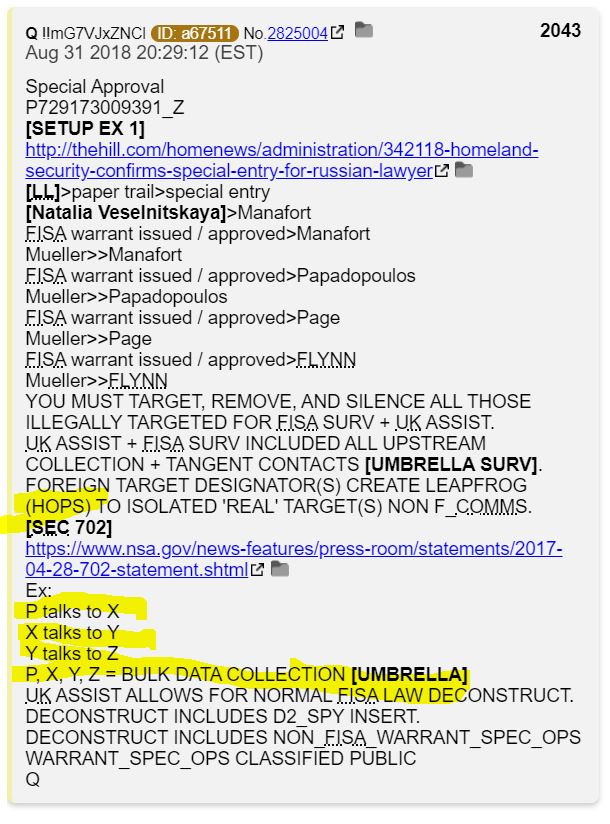 Now that I have Prepped Your Mind to accept the fact that Obama and Bill Clinton are CIA agents we can use our handy dandy Scooby-Doo Q ring decoder to CONCLUSIVELY conclude that Obama and the Clintons Murdered the 911 activist Beverly Eckert and Rwanda Genocide Activist Allison Des Forges. It was NO coincidence that they BOTH died in the same plane accident. 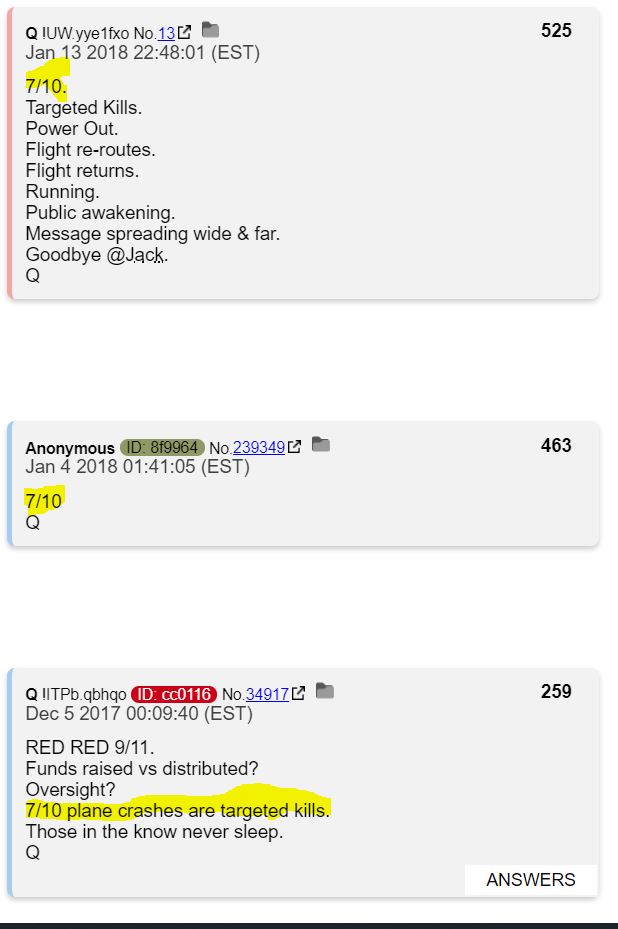 So Q is telling us that 7 out of 10 Plane crashes are targeted kills by the CIA, Now let me ask you a question, Now that you know Obama and Clinton are CIA clowns what are the Odds that Beverly Eckert dies 6 days after meeting Obama on a flight that HE GAVE HER TICKETS TOO. BOOOMSHAKALAKA!!!!! 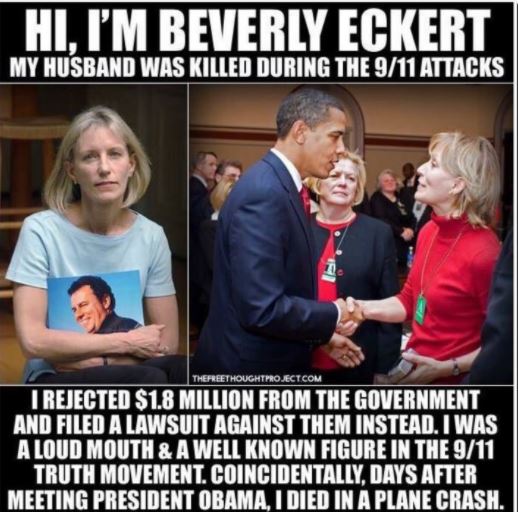 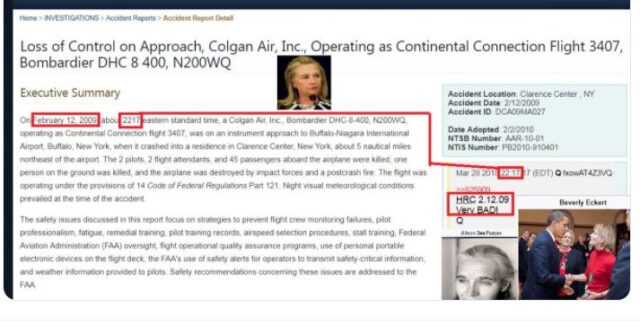 Read the first link in this title to get full details of the connections between Bill Clinton the Rwandan Genocide and the other passenger who was on the same flight. That will BLOW YOUR MIND by itself. Now here is where Agent Freak Nasty BAKES YOUR NOODLE. Remember Q Post  259 where it says RED/RED 911 funds raised vs distributed? Oversight? It is saying that the 911 victims did not get a fraction of the funds raised versus distributed and GUESS was the lawyer in charge of the 911 distribution funds for the victims? Surprise, Surprise, Surprise, ANOTHER member of the MASTER RACE, What was Doctor Piecenick saying again about the NY Jews serving as JUDGE and JUROR again???? 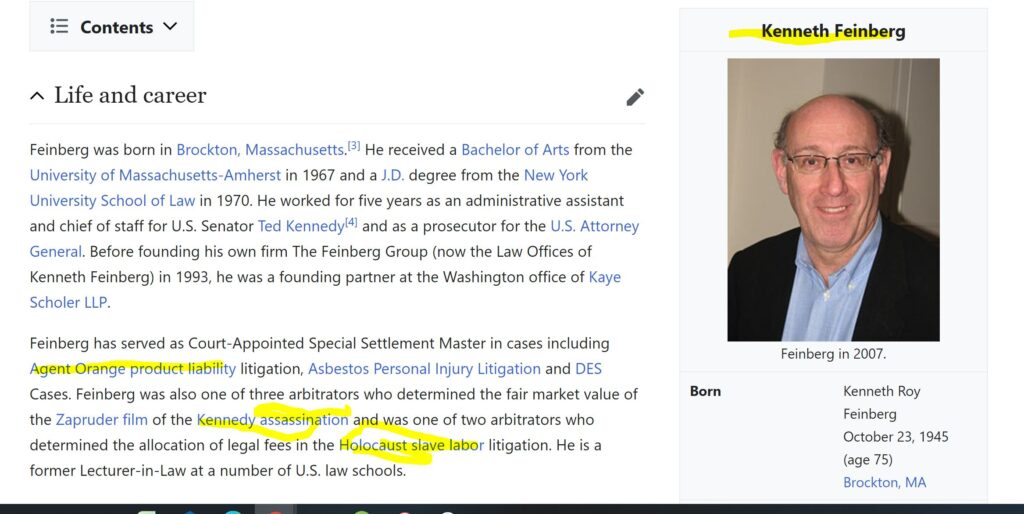 He is known as a DEEP STATE BITCH FIXER, he’s been in the game a LONG TIME, now GUESS WHO HE IS REPRESENTING in the Ethiopian Boeing 737 crash. 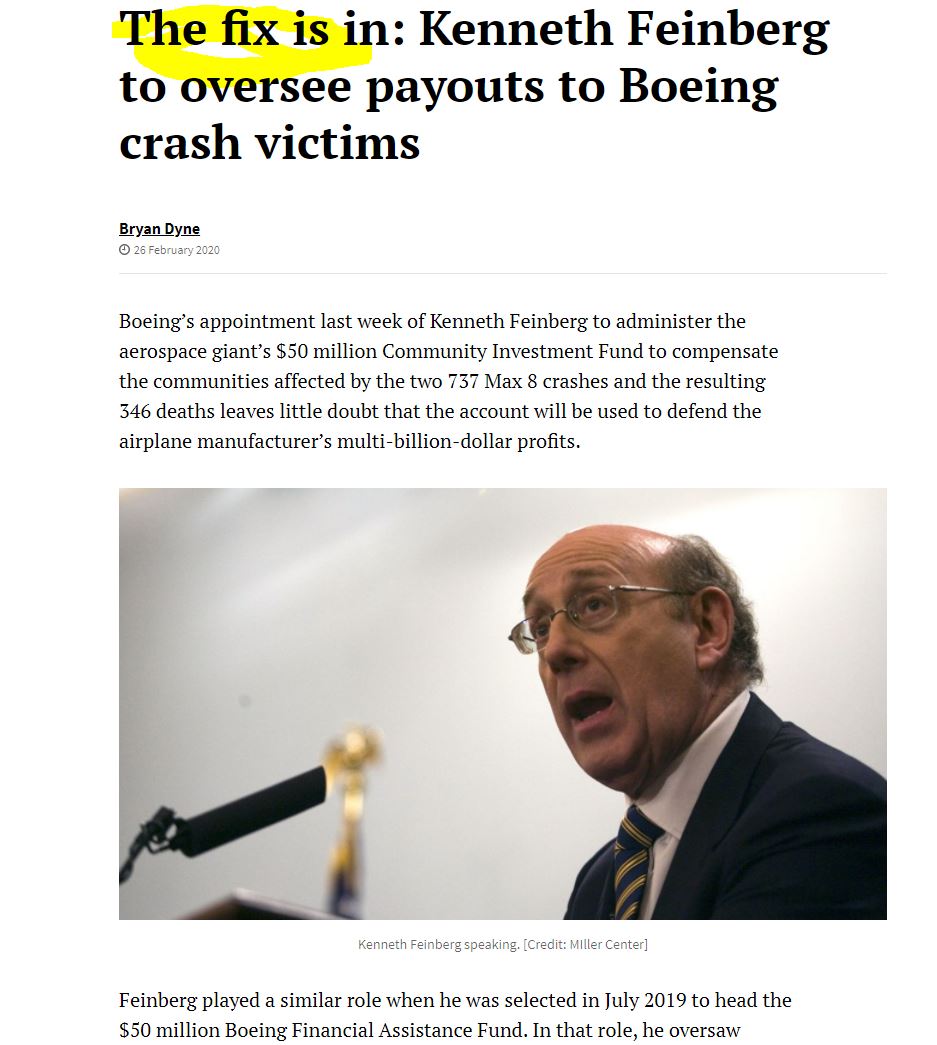 Now guess what POS Prosecutor’s FIRST CASE was when he got voted out of office in Pierce County for Corruption???? That’s RIGHT, Google [Mark Lindbitch The Grand Wizard]. Tadaaaaa!!!!!! And not ONLY THAT Feinberg is representing Boeing via PERKINGS COIE the law firm of the CLOWNS IN AMERICA!! You CANT MAKE THIS SHIT UP!!!!!! Are you starting to understand why I’m about 99.99999999999999999 percent sure Mark LindBITCH is a CIA CLOWN????

BTW I am not suicidal and love life. Sooooooo….Que- 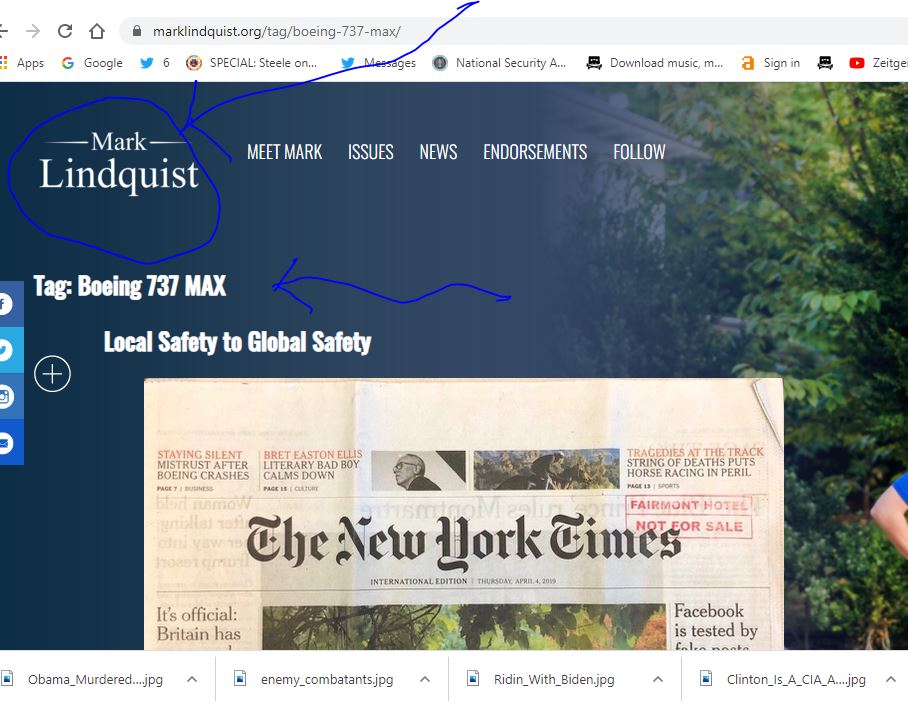 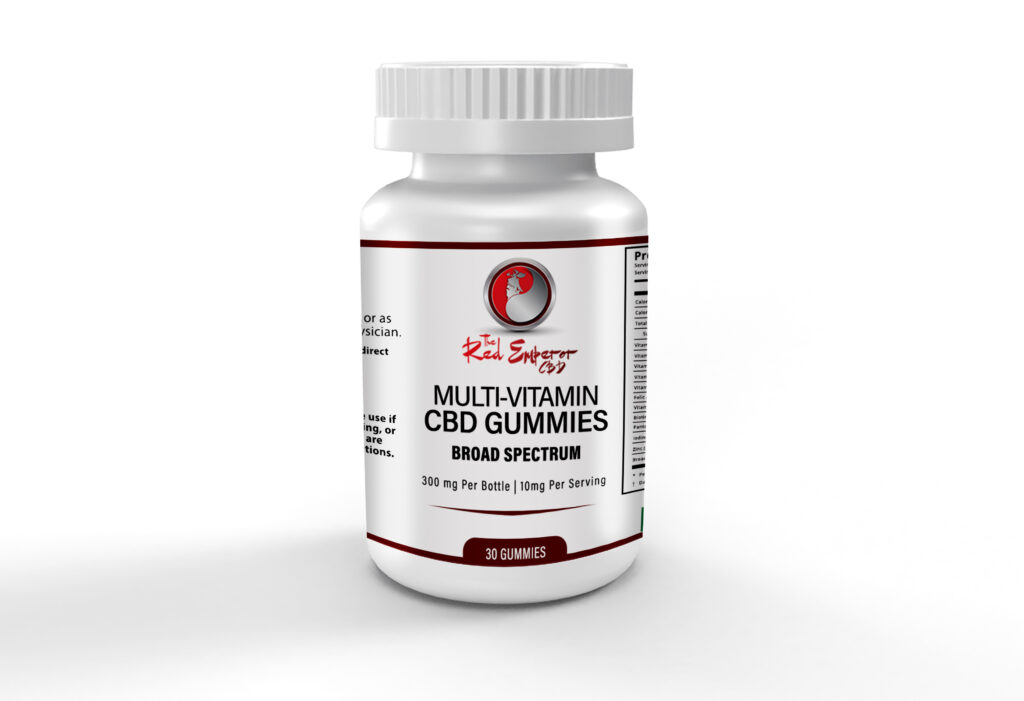 Try our CBD Products that are Third Party Tested and Ship within 48 Hours.

Reference: If you do not know what QANON is I suggest you read this first.

And then Watch This Video. Q post can be found at Qanon.Pub