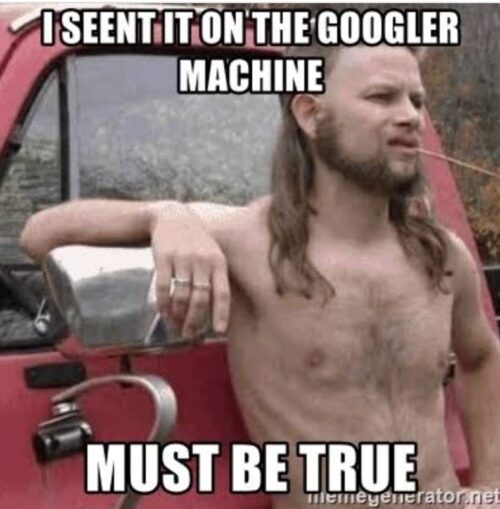 Greetings, Ladies and Germs, I guess it has been about two weeks since my last report and like always I would like to dedicate this one to Google Mark Lindquist The Grand Wizard & Google Stefani Quaine The Whore and Google Danny The Words Dumbest Snitch & Google Seattle’s Best Snitch & Google Carl Rubican Douchebag.

Do you have a Deep State Douche that you would like to put on BLAST on the search engines???? Then Holla at your BOY!!!!!, Agent Freak Nasty’s Magically Delicious SEO powers are on sale for the month of December! Just In time For Xmas!!!….Que- Isenselogic.com!!!!! 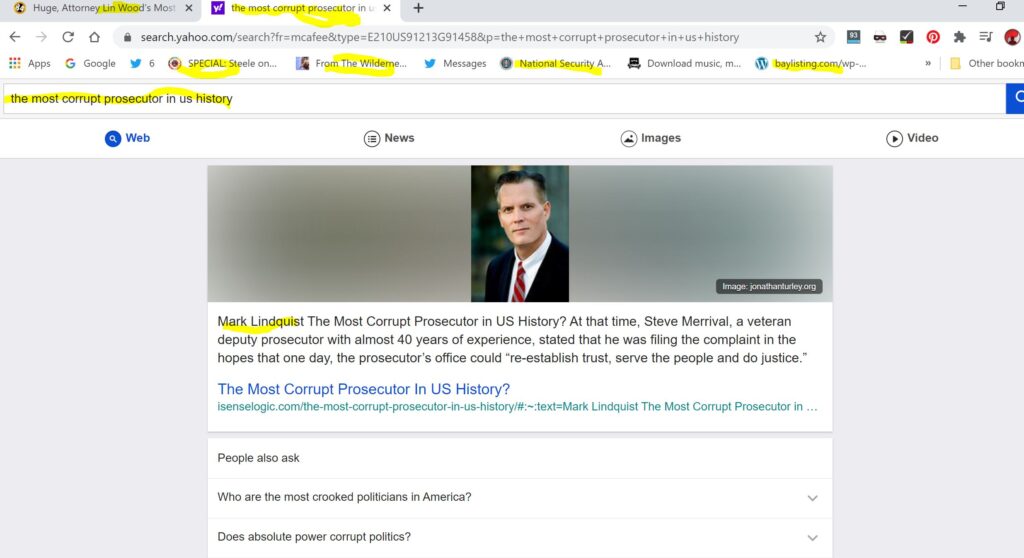 Attorney Lin Wood tweeted that Chief Justice Roberts said he was going to get rid of that Motherfucker Donald Trump in a conversation with Supreme Court Justice Byre. As you know I have always said once you find out that Obama, Clinton and the Bushes are all CIA agents, who in the fuck do you think they appointed to the Supreme Court?, Federal Judges? Heads of the CIA, DEA, FBI etc.? You think they put in people who are going to investigate THERE crimes? Or OTHER deep state bitches. See how easy it is to figure out once you have the KEYSTONE? Also there was report that the Supreme Court Justices were overhead arguing in the chambers and Justice Roberts was heard saying we cant hear the Texas case because there are riots going on. You can watch the video here at this link. https://twitter.com/CodeMonkeyZ/status/1339921974974324736?s=20

By the way if your not following Codemonkeyz on twitter you should be.  So in conclusion this is BOMBSHELL News, it proves that the ENTIRE judicial system is corrupt all the way up to the Supreme Court. Here is a video Update from Attorney Lin Wood dated 12-18-2020

Evidence that Dan Bongino is a Deep State Sleeper

Every since I saw the guy, something just didn’t sit right with him. Like one of my twitter buddies said, it’s a six sense thing. I never really thought to much more about it until recently when former 4chan administrator CodeMonkeyz called him out saying his new platform called Parler.com was insecure. I signed up for Parler also because they were touting it as place were conservatives could gather for free speech. Everything was fine until I tried to leave a comment, and it told me I had to be verified as a REAL person in order to do it. Now here is the kicker, they require you to scan either your Passport or your drivers license. Now why in the fuck would they do that? You don’t need to give up your ID credentials when you log into your bank account, or buy something from Amazon.  Sometime last week Codemonkeyz tweeted that Parler isn’t Secure and is compromised. He even posted a screenshot of somebody with his twitter handle on the site that said they were VERIFIED. The only problem is codemonkeyz NEVER registered on the site. I did some more digging and found out that Dan Bongino is STAUNCH supporter of Israel. That set off ALARM BELLS because this guy is former SECRET SERVICE AGENT, so I did googled him and found out he became a secret service agent RIGHT before 911. 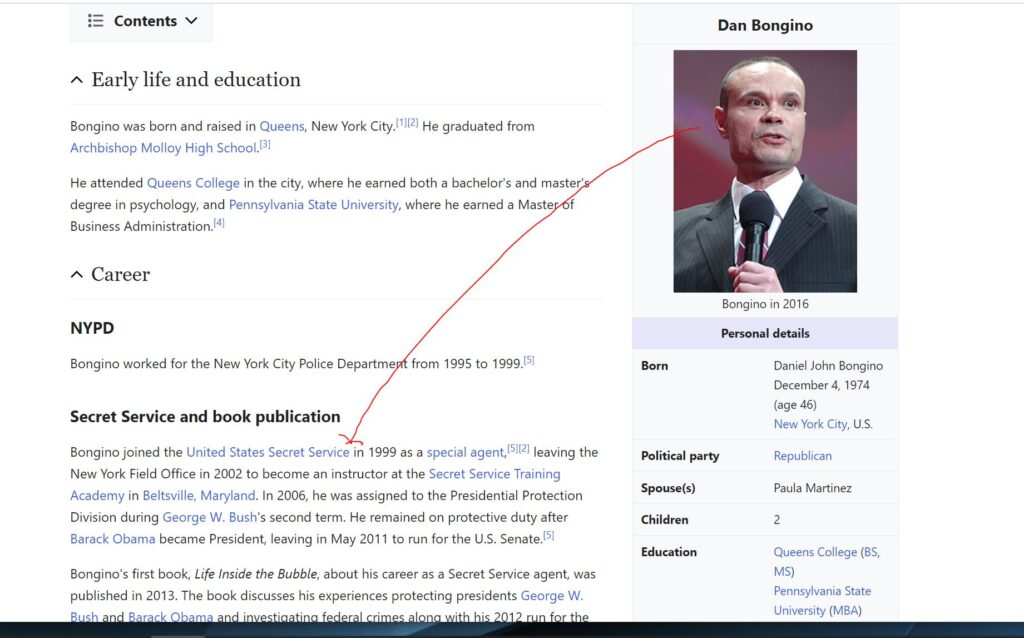 Now notice what Presidents he protected. Big Head Obama and George W Bush, BOTH KNOWN CIA CLOWNS. Also notice that he left the Secret Service to RUN FOR SENATE, and what did Q tell us about CLOWNS running for Senate again???? 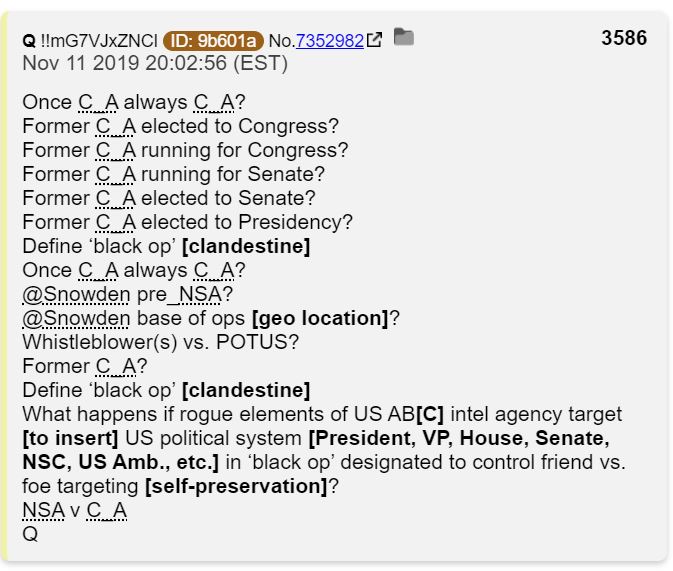 Now here is where it gets interesting. A few years ago I came across a book called Crossing The Rubicon which was written by a former LAPD Police Detective who investigated 911. In his book, he stated that Dick Cheney and the Secret Service were the main Culprits on the US side running the terrorist operation along with the Mossad. Now if what he says is true that means that Dan Bongino was a member at the Secret Service when 911 happened and he would HAVE to have known what was going down. The other alarm bell is that he works for FIXED news. And you all should know by now that ANYBODY in the MSM is controlled by the clowns. Think about it Logically. They could never let someone in the MSM start asking REAL questions like what the hell happened on 911 or what the hell happened in Vegas. They couldn’t risk ANYBODY having a national audience that would awaken the masses. Do you EVER hear ANYBODY in the MSM talking about 911, Vegas, Parkland, Fukushima, etc???? Makes sense right??? If you want to know what REALLY happened in Vegas and 911 click on those links. 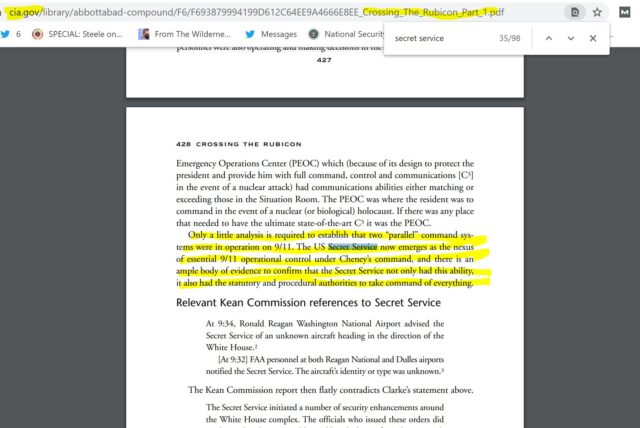 I’m not saying this is conclusive evidence but it sure doesn’t look good for Danny Boy, Now that your finding out how corrupt the FBI and CIA have always been you have to deduct that the Secret Service is the bad guys too, hey look what happened to Kennedy. By the way, if you really want to know who killed Kennedy this is the best article I’ve ever read on it. Here is a clue…. ALIENS….Que-

ZeroHedge has been taken over by the Deep State Bitches This Link Below was ERASED. What the f*ck does that tell you???? But have no fear, Agent Freak Nasty is here with the backup from the way back machine. The easiest way to tell you to hit intelligence PAY DIRT is when they start erasing links and accounts from the internet. 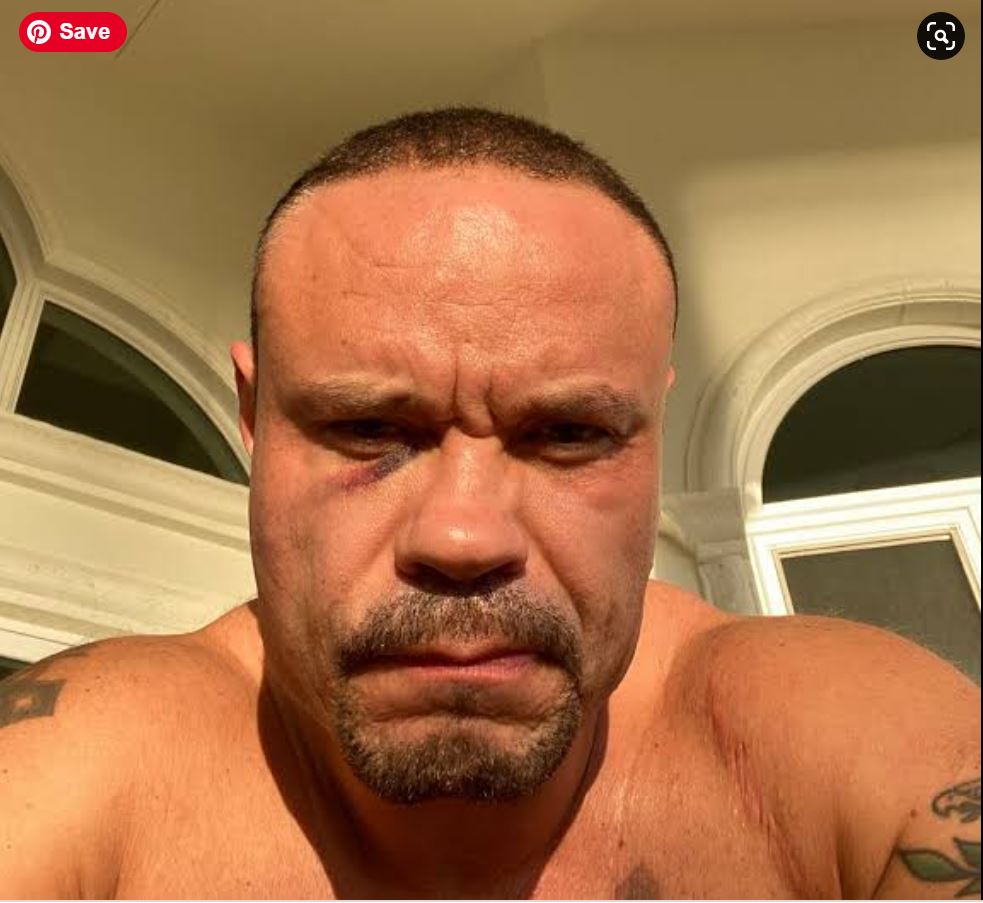 A nurse passes out 17 minutes after taking the new Pzier Covid-19 vaccine. Later she comes on video and says she had some type of allergic reaction. If you are dumb enough to believe that bullshit please get the HELL off my site now.  First of all, she could never be a nurse let alone get a driver’s license if she gets fainting spells from a stubbed toe. Second of all THEY NEVER would have never made her a Guinea Pig on LIVE TV if she had a history of fainting spells from pain. USE LOGIC and COMMON  SENSE. Do not take that God damn vaccine. You are a moron if you do. Just saying.

Here is the part where she comes out and says she has a history of fainting spells.. Yeah right, GTFO here.

, former CEO of http://Overstock.com, claims that he was complicit in facilitating a bribe for Hillary Clinton in the amount of $18M [on behalf of the FBI] in January, 2016. The bribe, which she accepted, was then going to be used by members of the Obama

2/ administration against Hillary after she was elected. As it was later explained to him, “President Obama has his people across the federal bureaucracy at this point, but especially at the Department of Justice. Hillary Clinton is going to be President for 8 years and nothing

4/ If Hillary is a “good girl” and defends Obamacare, that flame stays low. If she’s a “bad girl” and thinks for herself, that flame is going to get turned up high. That way Barack Obama is going to manage Hillary Clinton for the 8 years she’s President, and then

5/ when she steps down, Michelle is going to run.” Claims it was called “Operation Snowglobe” [dubbed by Obama + Brennan] so that once Hillary stepped into it, they would be able to “shake her up” at any time during her Presidency if needed. Says that Durham and Barr were aware

6/ of it. Byrne stated there was an additional Hillary bribe prior to the one listed above, which was in the amount of $20M [involving the country of Turkey] and occurred in the fall, 2015.

BREAKING: @PatrickByrne, former CEO of https://t.co/QKAZetowgi, claims that he was complicit in facilitating a bribe for Hillary Clinton in the amount of $18M [on behalf of the FBI] in January, 2016. The bribe, which she accepted, was then going to be used by members of the Obama

One of the most important things the Overstock CEO said is that I KNOW WHAT’S IN THE DURHAM REPORT… A lot of people missed that. It basically means that he is on the Durham Witness list. And also the reporter said his attorney was Sidney Powell. A anon posted a picture on twitter that proved that General Flynn, Sidney Powell and the CEO of Overstock were ALL in the same location, which means they are in a very secure location being protected by white hats. 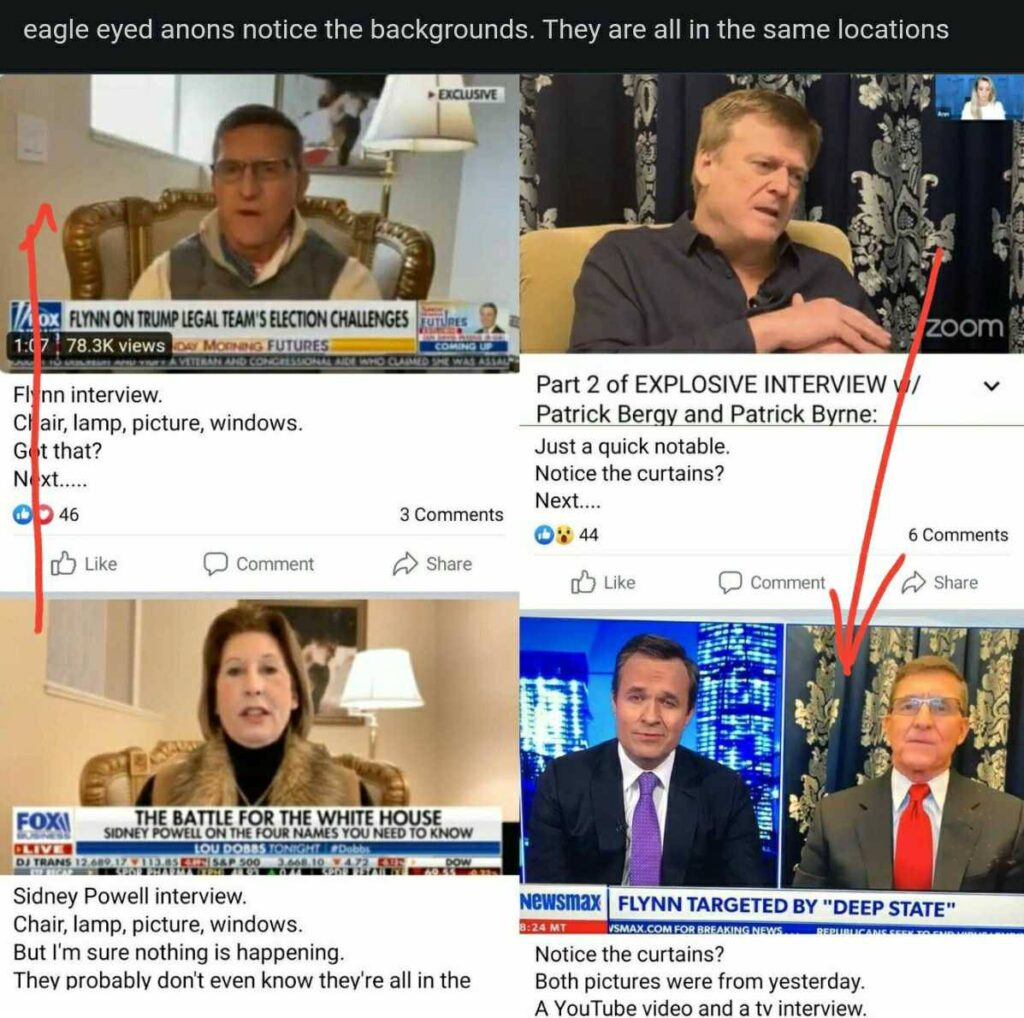 Evidently this Hack affected the entire Government Networks and most of the fortune 500 companies. This includes the NSA, White House, FBI you name it. What makes it even worse is that it seems to have been going on since March undetected. Of course everybody is blaming Russia but I have a gut feeling it was the NSA itself. I am not going to go into to much detail here in this blog, The important thing to note is that DOMINION VOTING software used  You can read more about it here. https://slate.com/technology/2020/12/solarwinds-hack-malware-active-breach.html 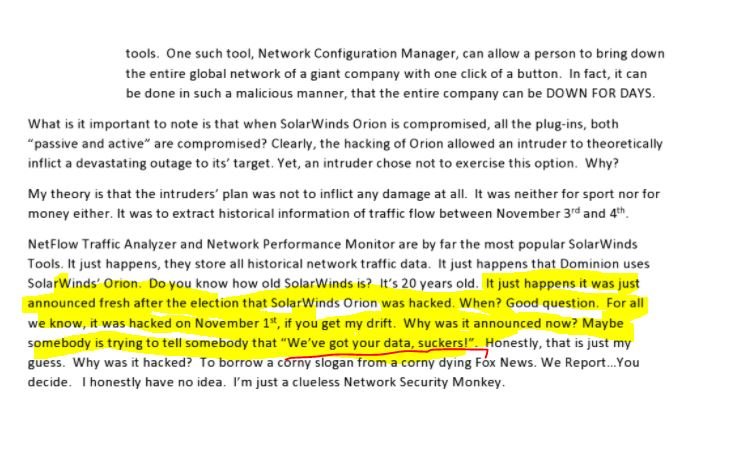