Interview of Dr. Smith Ph.D. in Plant Physiology and Genetics. 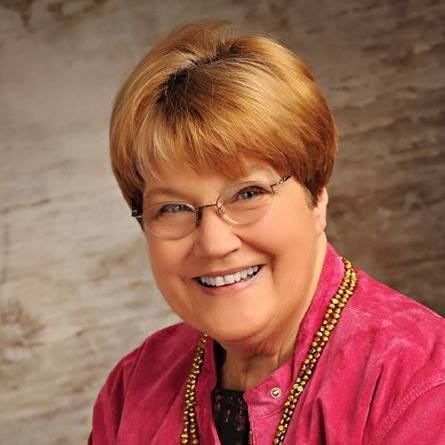 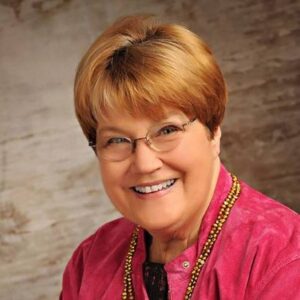 Hello, my name is James owner of RedemperorCBD.com  I am interviewing Dr. Jane Smith Ph.D. in plant physiology and genetics about her experience in the plant field and her thoughts about the medical marijuana industry.

James:  Ok Doctor Smith I am going to start off with the questions.

Question 1: Tell me about your education and training dealing with plants and genetics.

James:  How long did your tenure at the University of Berkley last?

James:  Can you tell me about some of the plants you worked with at the University of Berkley in your study of cell division in plants?

Dr. Smith: I did mostly carrots in tissue culture.

James: Were there any new scientific discoveries made in your research?

Dr. Jane:  Yes it is The plant cell is the name of the journal.

James: Ok we will look it up and post it on the forum for users to read.

You can click on the link below to read the paper.

Dr. Smith. After the University of Berkley, I went to Japan to work on the same problem only in a different way.

James: What Kind of different way?

Dr. Smith: They were working on the hard stuff, they were manually physically picking up single cells with micro bi-pads and tracking the outcome of each of those cells. To see whether they make cell divisions come up. So we were able to show that my antibodies coordinated with their observations in their cells.

James: So did they correlate?

Dr. Smith: They did

James:  Oh very nice so it verified your work at Berkeley.

Dr. Smith: And it was a big deal at the time.

James:  Why was it a big deal and why?

Dr. Smith: Well because first of all nobody ever found anything like that before and was just a general understanding they did something cell division started. Nobody ever had diagnostic probes for saying yes or no. So that was a big deal.  And secondly, we learned. that there are a lot of similarities between the cell division of plants and animals. And so I went on later to show that the same similarities in cell division for plants are also found in animals.

James: That is a big deal because that is kind of showing that plants and animals have a common ancestor.

Dr. Smith My studies proved conclusively that that plants and animals have common biology and origin and common at that very rudimentary level so that you don’t expect that things are so different between the final outcome of plants and animals. You would think that something so fundamental as cell division should have some common links and in fact, that’s true.

James: Yeah that’s truly amazing I didn’t know it was you that made that discovery!. Ok so tell me about some other types of plants you have worked on during your career.

Dr. Jane:  When I was in Minnesota the number one plant that state was corn. So I worked in cell division with corn cells with different laboratories.  After I finished Berkeley and Japan. I went to work for American ** which is a big chemical company.  I worked there on wheat, corn, and rice.

Each one of those plants is quite different from one another in how they grow.

Dr. Smith: They had a gene, a particular herbicide-resistant that matched with a chemical they wanted to sell. When they put the gene into plant cells the plant cells wouldn’t divide. If the plant doesn’t divide your dead in the water with no plant. So because of my experience in cell division, I was able to fix those problems for them. It was very interesting to work.

James:  Your pretty much new to the cannabis world so tell me what do you think about how it grows and the differences between marihuana and other plants you have done research on? Has anything surprised you in the last 2 months working with the plants?

Dr. Smith: For one thing it is very usual for any type of plant to go from seed to feed in a 3 to 4 month period. That is very unique because usually, it takes 5 to 6 months for any of these crop plants to do this. The other thing that is distinctive about marijuana versus other plants is its distinct growth phases.

Very few other plants have these three stages which are germination vegetation and flower phase. People have tried to study this in other plants like Ivy for years.

James: I think one of the most important things that marijuana growers look for is the speed at which a cannabis plant finishes its flower stage. For example, at the red emperor collective, we have a strain called Cherry Bomb that finishes in 45 days. This is pretty fast compared to most indicas which finish around 60 days.  A lot of sativas take 10 weeks to finish that’s why you don’t see a lot of pure Sativas on the market. For one thing, they keep stretching during flower which is not good for most indoor growers who have height restrictions. But also the extra 2 weeks means extra electricity, fertilizer and labor cost. The faster the plant finishes the lower the cost will be for the grower versus Sativa strains.

James: With your previous experience do you think there are many different ways to make marihuana plants finish faster?

Dr. Smith: I thought about that a lot recently. I think what I have observed is that the healthier the environment is the faster plants will finish. Also, Hydroponic plants tend to finish faster than plants grown in a soilless mix.

James: Do you think there is a way to genetically modify plants besides known breeding programs that already exist?

Dr. Smith: I think the selection process and the current breeding programs are better suited for finding fast flowering strains than trying to genetically modify strains, however, this thesis could change the further my research goes into the plant.

James: What similarities have seen with cannabis plants compared to your past research work?

Dr.Smith: So far from what I have observed is the seed germination biology is similar to other plant types that I have worked with. There all are pretty much the same.

James: Coming from a lab background and testing other different types of plants what do you think of the current testing procedures available for marijuana? For example testing for THC percentages versus CBD levels?

Dr. Smith: At first I was discouraged about the information available. But now I’m starting to find some Dutch publications that are shedding a better insight on testing procedures. A lot of places claim they can test for this or test for that but they don’t provide methods that would allow it to be verified. The trouble is they have a choice of very high sophisticated one sample at a time technology.  Now there is a group in Israel that achieved a breeding program but they don’t say how they do it or what methodology they used.

James: Yeah a lot of companies seem to be keeping their information secret. I read an article last year on how dispensary owners in Colorado and Michigan were getting different results from testing companies. So I tried my own experiment. I grew out a blue dream strain harvested it and then sent the same plant sample to 3 different testing facilities. I got back different results from each company. One had the CBS at .o2 another had it at 4.5. The TCH percentages ranged from 9 percent up to 26  percent. So that is defiantly a problem that needs to be solved fast.

Dr. Smith Yes all the important details are not revealed. And also in San Diego, there’s a group there working on testing and supposedly they have a way of testing cannabis but they’re also not revealing their methods.

James: Yeah saying one thing and proving it are two different animals. Anybody can say yeah I can tell you the genetic makeup of a plant and what kind of strain it is. Yeah, but can you prove it? That’s what owners want to know and patients should know also exactly what they are putting into their bodies. I just have a feeling that there is no way to test percentages accurately and there probably never will be just because of the way the cannabis plant grows. The chemical composition of the marijuana plant can be different from the top bud to the bottom buds. It is known that the most potent part of the plant is the top bud. Also, the chemical composition of the plant changes daily during the harvest window and also during the curing process. For example, if I cut down the plant and test it right away I will get 10 percent THC for example. But if I put that same strain in a jar and cure it for 2 weeks now the entire chemical makeup of the plant has changed. These are just two of the most obvious problems I see with testing I will be starting a whole new thread on that subject later.

James: Ok tell me what kind of work you are doing now in your research with cannabis at the Red Emperor collective?

Dr. Smith, I realized that the CBD protocol is what we really want to find in the cannabis plants. There have been a lot of recent publications about CBD having cancer-fighting properties. So one of my first projects is to determine a way to economically test cannabis plants for their CBD properties. In most marijuana plants the property is low. So I am concentrating on using a simple TLC protocol that we can use to screen ten to hundreds of plants at a time for their CBD content.

James: What does TLC stand for?

James: If this is successful is that something that the average marijuana patient could do at home? And would it cost like $50,000?

James: So it would be affordable for growers other dispensaries and average day cannabis patients.

James: Well we are very happy to have you here with dispensaryexchange.com and look forward to your research blogs in the future. Dr. Smith is available at our collective Thursdays and Fridays from 9 am to 5 pm feel free to stop by and get your tough growing questions answered. The medical marijuana industry is truly blessed to have you in their midst and we look forward to applying your excellent plant experience in the emerging field of cannabis research. Thanks again Dr. Smith