Passion, Knowledge and Quality of Materials

All our products come from CBD-rich, organic industrial hemp grown in the USA, and processed in our partner factory in Las Vegas, Nevada.

For our Bulk and Wholesale Delta 8 Prices Click Here.

Legend of the Red Emperor

Ancient Chinese legends contain the earliest evidence of medicinal cannabis. The most fascinating is the one about the ‘Red Emperor’. According to legend, Emperor Shen-Nung (also known as the Father of Chinese Medicine’) ruled from 2700 BCE. It is not known if Shen-Nung was the embodiment of multiple people, as his reign is believed to have lasted over 140 years. Or if he ever existed.

The Pen T’Sao (The Great Herbal).

According to Chinese tradition, Emperor Shen-Nung (China) is believed to have been the first to test the medicinal properties of cannabis. Legend has it that he wrote a book referencing cannabis among other natural remedies in the “Pen T’sao” (The Great Herbal).

The Pen T’sao’s earliest known copy dates back to 50 AD, which is almost 3,000 years after Emperor Shen Nung is believed to have ruled. However, this does not mean that there weren’t earlier versions of Pen T’sao. They probably did exist, since much of Ancient Chinese Tradition was passed on and rewritten over the years.

We may never know the exact timeframe, but The Great Herbal lists many medicinal uses for the cannabis plant. Menstrual pain, rheumatism and gout are just a few of the many uses for cannabis.

Hua T’o, a Chinese surgeon, began using medicinal cannabis as an anesthetic in China around the second century AD. Before surgery, the plant was given to patients as a mixture of wine and cannabis. This is still the Chinese term for anesthesia – mazui. literally means ‘cannabis Intoxication’.

The Chinese used Cannabis to treat blood clots and tapeworms as well as constipation during this time.

While there is not much evidence that recreational cannabis was used in Ancient China, Pen-t’sao ching said that the “fruits of Cannabis” if consumed in excess would produce visions of the devils. Over a long period, however, one can communicate with spirits and feel lighter. In this context, it is believed that recreational Cannabis use was linked to Shamanism.

The practice of Shamanism declined during the Han Dynasty (206 BC-220 AD), which means that there is very little evidence of Shaman religious practice.

A burial site in western China that was recently discovered provided the best evidence of recreational Cannabis use. The site also contained a brazier that was 2,500 years old. It contained stones that were burned to make fumes. The brazier contained compounds from the Cannabis plant, which suggests that it was used for recreational purposes.

The cannabis contained a high level of THC, which was not found in other Cannabis plants at the time. This means that the cannabis was not only intended to be used, but also intentionally grown in the area.

China may have the longest history of Cannabis use, but it is not as widespread as India. We will discuss this country in our next article on medicinal Cannabis in ancient times.

CBD oil products are, nowadays, one of the most attractive options to treat symptoms associated with several health conditions.

CBD oil products induce relaxation and anxiety, helping you to sleep better and release stress, without making you feel drowsy or dizzy.

We offer a wide range of top-quality full-spectrum and broad-spectrum CBD oil products. Among them you can find:

WHO IS A CBD ONLINE STORE? 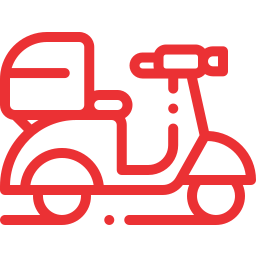 We process and deliver your order with no additional cost. 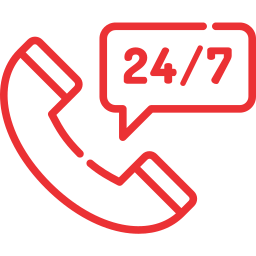 Just call to your call-center