Apple I phones have a good way of keeping ALL Your phone numbers in storage. I was able to find Danny The Worlds Dumbest Snitch phone number and use a free website reverse lookup to get his LAST NAME. When you have someone’s full name you can pretty much use OPEN SOURCE FREE websites to find their address, birth date, friends, and more! Let me demonstrate. First Go to Google and reverse phone lookup.

The Red Emperor CBD is happy to announce our new  SEO Game called Follow The Snitch You will help Agent GrandPa Freak Nasty track down Snitches and Deep State Bitches using just OPEN SOURCE FREE INTERNET Searches. Prizes will range from $100 dollars to up to $10,000 and BE-YOUND!!!! I’m talking $10,000 CASH MONEY just like Danny The world’s Dumbest Snitch screams like a bitch.

To Qualify, You have to Share this Blog on at least ONE social media platform, via Facebook, Twitter, Instagram, or whatever, the next part to win is to crack the clues and leave your answers in the COMMENT section. The first to crack the clue wins. SIMPLE. Now remember to hover over the pictures and links for TOP SECRET CLUES, they might come in handy later.

For our first $100 dollar cash prize, The first person who can help Agent Freak Nasty track down the phone number of Jared Mould the HIT TARGET in the video wins. I will help you out by starting with some of my own searches each week if it’s not found the prize will go up another $100 dollars.

I always wanted to see if I could Track Down Jered Mould and show him the video of Danny The Worlds Dumbest Snitch trying to pay me to murder him. I know for a fact it was Mark Lindquist The Grand Wizard who sent him to try to set me up because they could never let the trial of my FAKE marijuana charges go to discovery.

So let see what internet tools we can use to find this guy. So First let’s watch the video again.

So I wasn’t really sure if he lived in Olympia or not but I know I went to the house once before and saw their marijuana grow operation. After putting the partial address into Google we find out it’s Lacey Washington which is right outside of Olympia and we even get a street Google View, and that the exact house I remember. 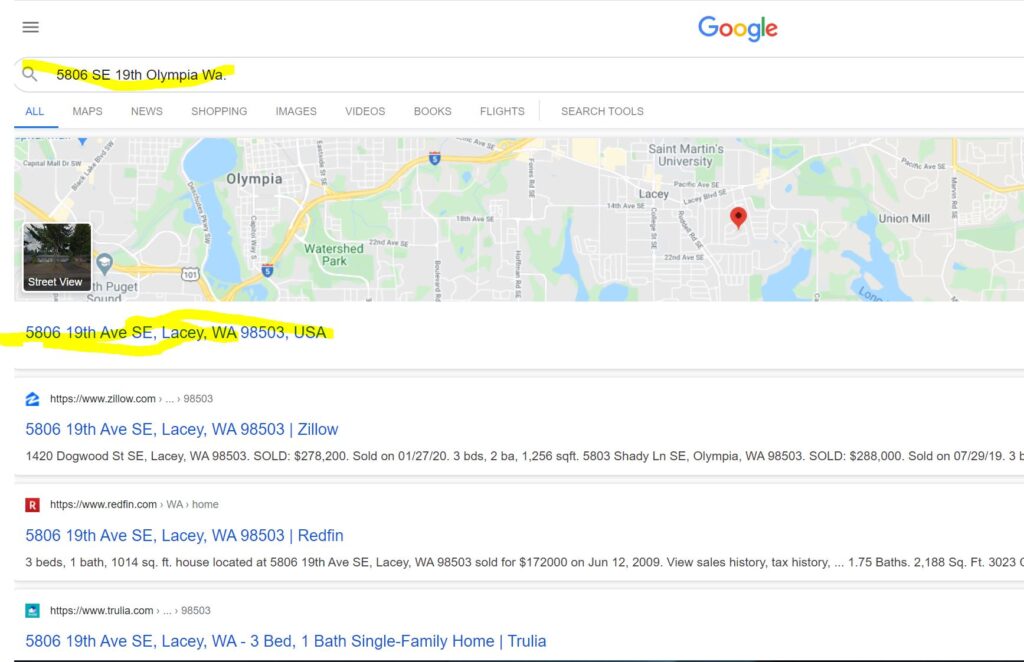 So now all we have to do is input the Address into one of the hundreds of websites that track your address, your friends, and relatives and see what we come up with, and SURE enough, there is a MOULD last name, the EXACT way it was spelled by Danny the Worlds Dumbest Snitch. That PROVES without a doubt it was a REAL TARGET and a REAL HIT REQUEST… 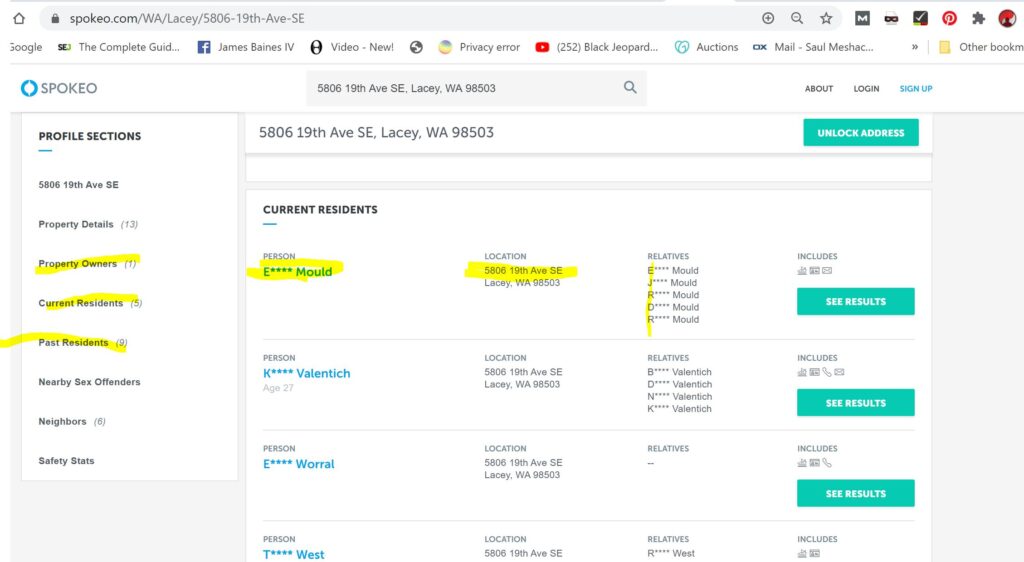 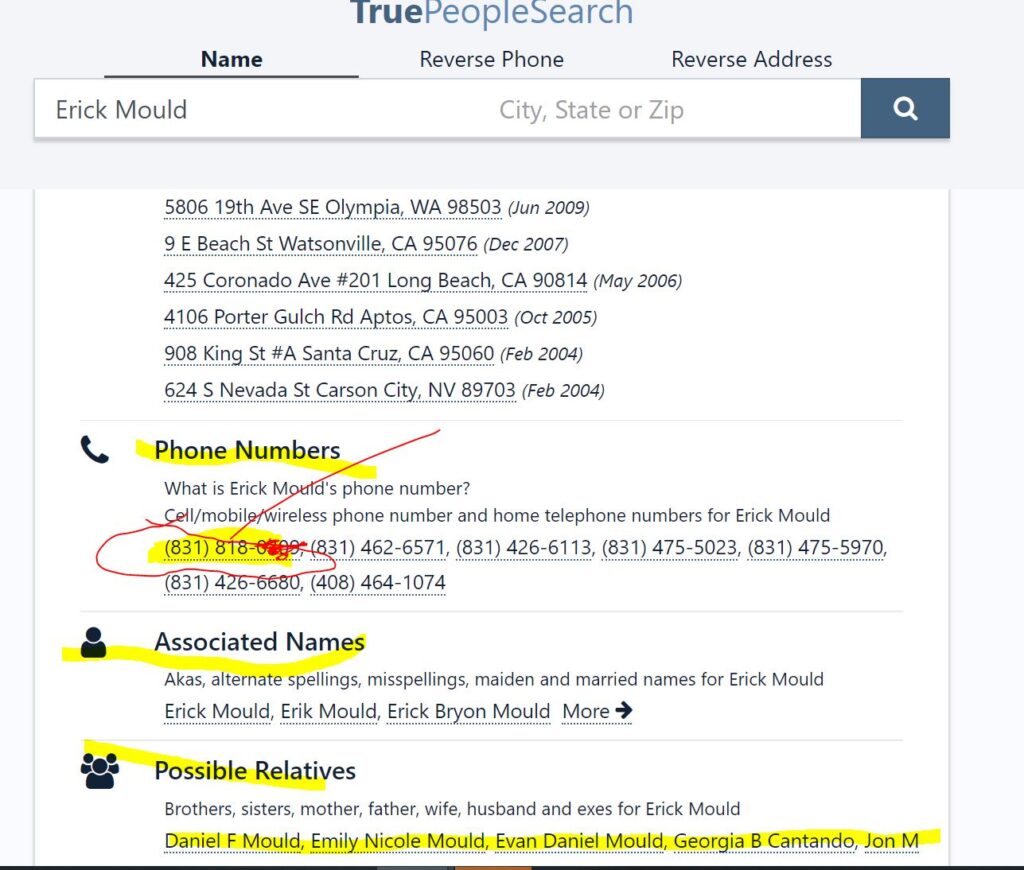 So I called the number circled in red. The voice mail confirmed it was Erick Mould. I told him I was trying to reach Jared Mould that I use to own a dispensary in Tacoma and I had something to show him. That was three days ago and I haven’t heard back. WTF does that tell you???? That means either he was in on it with Danny or he’s scared. I also noticed that I didn’t see Jared Mould in the Google searches, so that could possibly be a middle name or a nickname. DIG! $100 Bucks!

There is one more important clue in the video, Watch when Danny The World’s Dumbest Snitch brings his BRAND NEW IPAD and asks me to log into my wireless network. What you don’t know is that during my SEO attack I hardened all my passwords and networks because I found out that The local police had my office bugged.

Another thing you didn’t know is that Mark Lindquist first came to office he prosecuted the Hill Top Gang Crips using a shady conspiracy law, where it says if you talk about crime and then take ONE STEP toward that crime they can convict you of CONSPIRACY. Is it a little CLEARER to you why Danny wanted me to look up Jared Moulds’s address on his BRAND NEW IPAP NOT REGISTERED IN HIS NAME, why did he need to ADD that????? 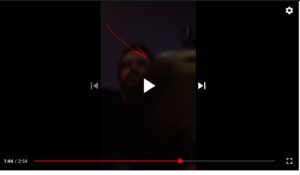 The Government is Preparing the Population for UFO Disclosure.

The biggest drop this week was the NY Times article that said the Pentagon is about to release information about UFO craft that were NOT MADE ON THIS PLANET. That is huge because that proves that we are in OFFICAL UFO government disclosure which I have known since November of 2017 with the release of the Nimitz Encounters

If you notice one thing, that video was taken about 65 miles south of San Diego right off Baja California. That is exactly where I live and check out this video taking a few weeks ago in Rosarito Beach

What I heard the plan was is to make HUGE UFO confessions every six months to prepare peoples minds for full disclosure, which is great, because that means they are about ready to release a lot of patents including free-energy, anti-gravity, and OLD AGE TREATMENT, that’s right, you will be able to live for thousands of years if you so choose.

Also, you should check out my Blog on William Cooper, He was a Navy Intelligence Office who said that the movie ET and Close Encounters of the Third Kind were based on REAL-WORLD EVENTS…

This was one of my FAVORITE UFO Sitings in Israel, It was taken by multiple camera angles, but of course, they hid it from us.

Don’t forget to Check out our third-party CBD products in our Web Shop.

There were no significant Q Drops this week or news Bombshells There was one Interesting article by reporter Whitney Webb on how Bill Gates and Paul Allen assisted with the infiltration of Israeli Spy Software into Microsoft Products here. https://unlimitedhangout.com/2020/07/investigative-reports/isabel-maxwell-israels-back-door-into-silicon-valley/

A lot of the links and videos I post in my blog get Shadow Banned and Blocked on Social media. WTF does tell you? Please help us educate people and if you find anything in my blogs you can disprove email me at [email protected] and hit those SHARE BUTTONS.