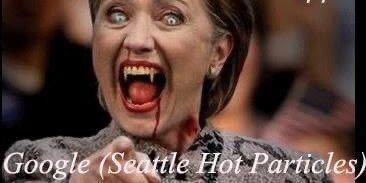 A lot of the links and videos I post in my blog get Shadow Banned and Blocked on Social media. WTF does tell you? Please help us educate people and if you find anything in my blogs you can disprove email me at [email protected] and hit those SHARE BUTTONS.

My other Blogs with Great Intel on 911, The Vegas Shooting, and more  is located :

On August 4th at about 6:00 local time a huge explosion hit the harbor of Beruit causing massive damage and death. What’s so unusual about this explosion is that it created a mushroom cloud and the size of the shock wave. At first, they tried to claim it was fireworks that caused the explosion, Odd since Beruit doesn’t celebrate the 4th of July. Later that day they said the explosion was caused by fertilizer. First, let’s take a look at the explosion.

If you start off around minute 9:30 you can clearly here jet engine noise in the background. Detonation happens just around minute 9:36. What it looks like to me is first the harbor was attacked with a conventional weapon, either cruise missile or bomb, then afterwords a nuclear bomb was dropped on the same target.

What a lot of you don’t know is that Saudi Arabia nuked Yemen in 2015 and the attack pattern is similar. First, there is a normal fire and burning and then BOOM. See Video Below.

I’m not going to go into too much detail on what caused the explosion but Chris Busby Did Post a radiation spike in the SAME area, and Santanyahoo was holding up a BIG PICTURE of the same spot the explosion happened two years prior. Furthermore, Donald Trump himself said that after talking with his General he concluded it was an attack. And your BEST CLUE of all looks at how fast the media went silent on the story. This explosion made 911 look like a little firecracker, and remember how long that stayed in the news? And we all know who Q told us controls the news. The Mossad Flunkies, that’s who. 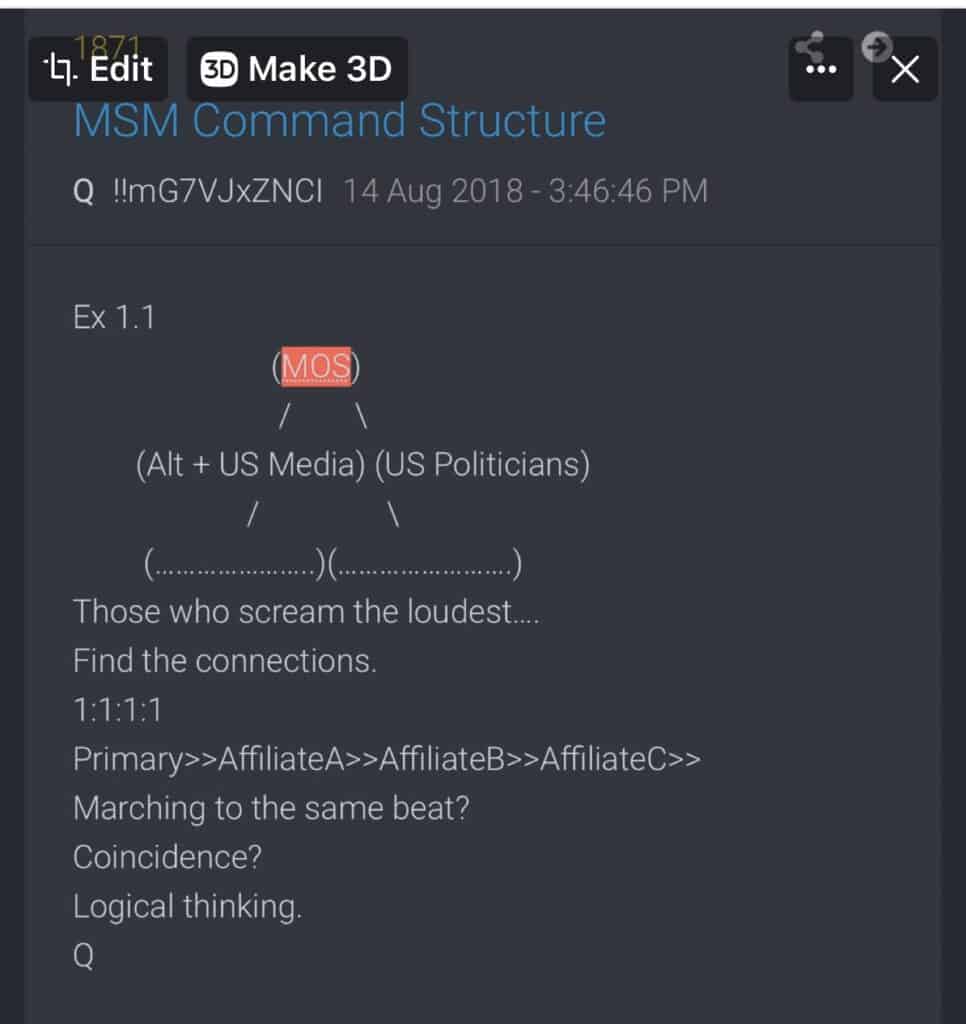 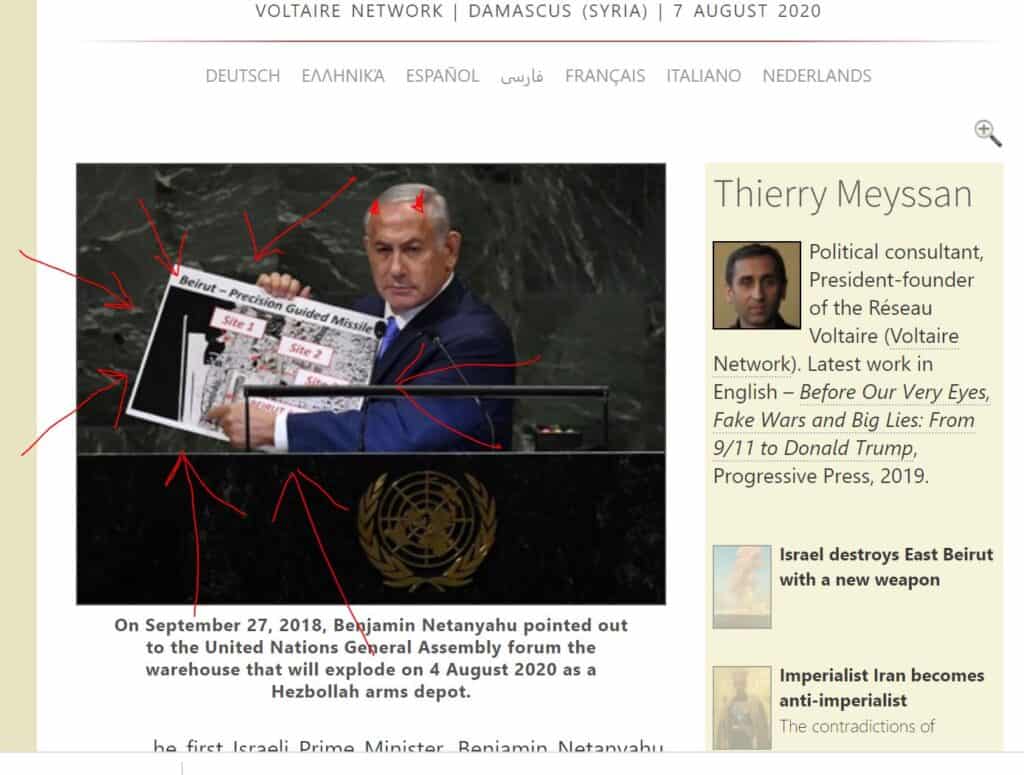 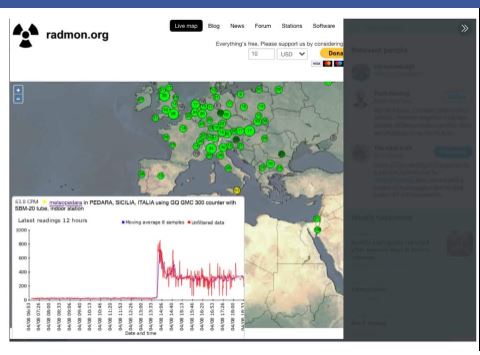 This Radiation Spike posted on Dr. Chris Busby’s Facebook Page is all the proof I need. I was obvious it was some type of nuclear detonation.  Im going to leave a few links here if you want to research further. 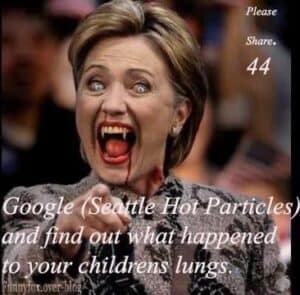 I said it to you before and I will say it to you again. If the Government really gave two shits about your health they would have told you to WEAR a MASK and SHELTER INDOORS on March 12th, 2011 like in this email sent to Hillary Clinton by her chief of staff Cheryl Mills. 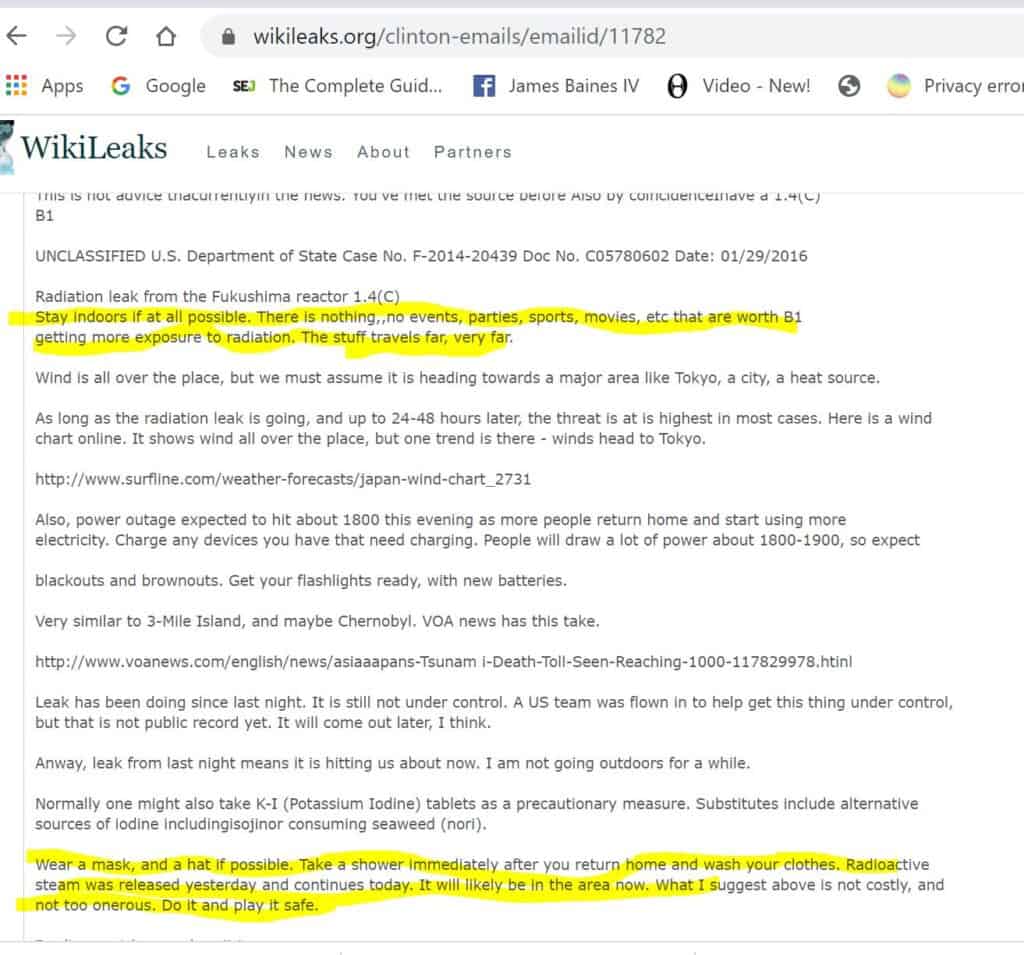 You read it correctly, while Fukushima was blowing up releasing radioactive hot particles are top levels of government wear telling there families and friends to wear a mask and shelter indoors while I and your kids got to breathe in radioactive hot particles. I won’t go too much deeper into that but if you want a solid education on the subject you can read my blog here called THE COVERT SAMSON OPTION 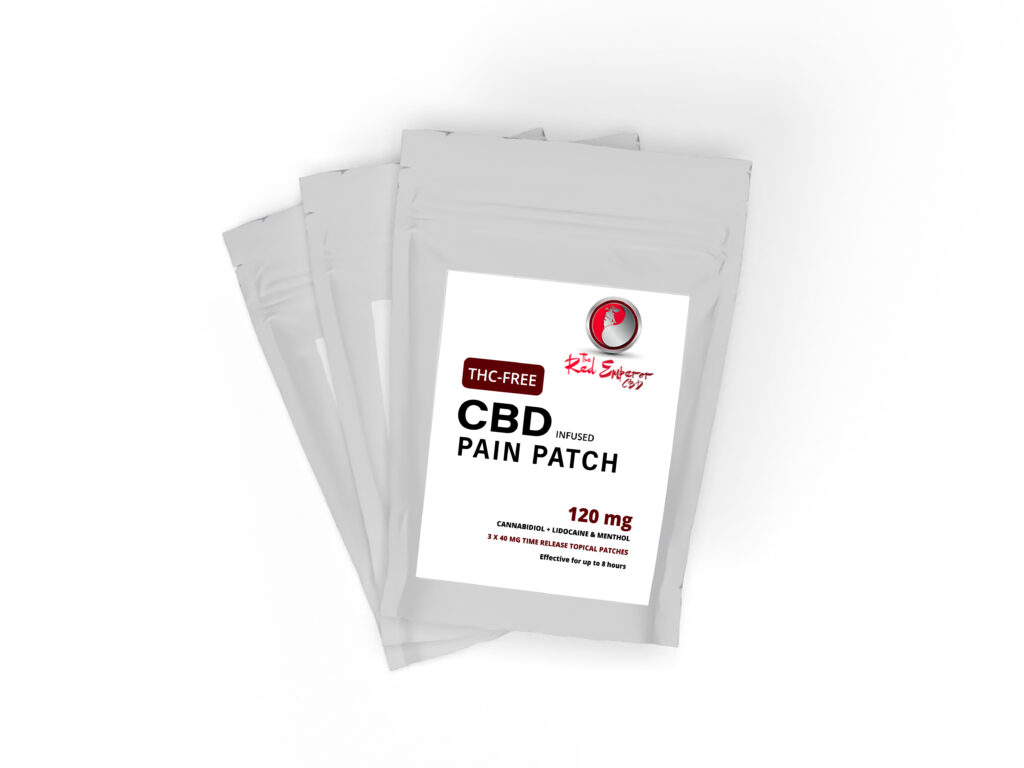